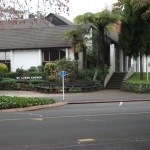 ately 80 people attended a debate in Rotorua on May 24th on the subject of homelessness. The debate was framed around the topic of “Joining the Homeless is a Great Lifestyle Choice.” Speakers included two current City Councillors Merepeka Raukawa-Tait and Charles Sturt, ex-MP Steve Chadwick, Rev Tom Poata, Cliff Lee, Kingi Biddle and Barney Jewell. Proceeds from the debate were to go to the Rotorua Community Night Shelter Trust.

Anybody attending the debate expecting to hear an impassioned exchange between heartless right-wing troglodytes and bleeding-heart liberals or radicals would have been disappointed. It’s not that such people don’t exist of course. Rather, it soon became apparent there was a clear consensus among participants in favour of a liberal position on the subject. The debate  in fact was purely a gimmick to draw in people to listen to the message of building a night shelter for the homeless. It’s not really clear why this was the chosen kaupapa for the event. Perhaps it was felt that an explicit fund-raising meeting would lack interest in its own right. There is certainly the sad fact that mentioning money without being promised anything for yourself, is seen as an unattractive way to spend a Friday evening to some people. On the other hand, any ‘debate’ on such a subject can be viewed as inherently insulting, no matter how well intentioned.

Given that there was in fact no serious debate on offer and those in favour of the proposition put forward straw-figure arguments they didn’t believe in themselves, the real interest in the event mostly came from comments made by debaters and the public once it had formally ended. It was pointed out for example that attempts have been made to build a shelter for nearly 12 years. The main reason for the failure to get it done is that the district plan had no category for such a site. This resulted in an expensive resource consent process and no progress. It was then noted that the plan has now finally been revised to make it possible to have a shelter.

After the brief history of the project was given, discussion turned to the issue of financing. The contribution from ex-Labour Cabinet Member Chadwick was: “Money always follows the correct vision” ,which is as banal as the phrase ‘Telling Truth to Power’ and just as wrong. This was trumped by the sheer chutzpah of Councillor Sturt who agreed to commit to donating $20 a week after the next impending election, by which time the pay increase the Councillors have recently voted themselves, will take effect! The closest to a meaningful contribution was made by a young Maori woman who noted in a passionately trembling voice: “We do have something. We have our maraes. Ngati Whakaue gifted the land the hospital is on. So maybe we can talk to the people of the land.” This contribution  got close to the heart of the issue, in recognising that those with a real sense of community are the ones most capable of reaching an immediate solution to the problem. 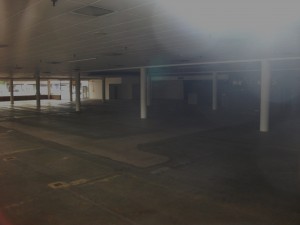 The debate/meeting finished after about an hour. Upon leaving the church where it was held, the absurdity of the current economic system and its approach to homelessness came into stark relief. Immediately opposite the church is a vast empty showroom. This could easily be converted into practical use by the homeless and the community as a whole. A week of direct action by people themselves to convert the area into a  living space, would achieve more than 12 years of bureaucratic redtape and grovelling to the council or central government. According to the Rotorua Daily Post (5th Sept 2012), it is one of over 90 such buildings in the Rotorua CBD and that number is growing. Clearly the system we live under would rather leave them vacant than serve the needs of the people.